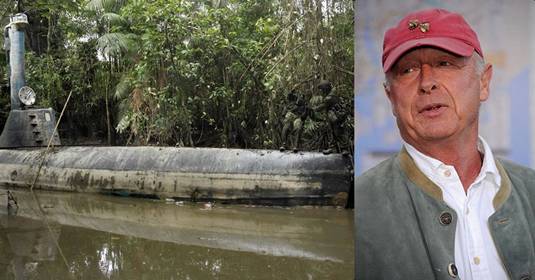 The Unstoppable producer/director Tony Scott is now attached up to direct Narco Sub, a drug-centric action thriller based on a spec script by relatively new screenwriter David Guggenhei. While everyone wants to take a nap after the big Thanksgiving Day feast Scott and 20thCentury Fox used the holiday weekend to close a preemptive deal in Hollywood. Details on the plot are being kept under wraps, but the film is said to be reminiscent of both Scott’s hit action pics Crimson Tide and Man on Fire, another one of Scott’s previous action thrillers also with Denzel Washington. Therefore, no offense, it sounds like the cinematography will be very stylized. If you are not informed, narco subs, the cutting edge of smuggling technology are semi vessels that South American drug cartels have used to smuggle cocaine across the ocean into the United States. David Guggenheim, sounds like a name equivalent of Allan Loeb since selling Safe House last year. The actioner, which stars Denzel Washington and Ryan Reynolds hits theaters in a couple of months. Guggenheim ‘s also got his Medallion script for Nicolas Cage, coming to theaters in 2012, and a handful of other projects to move forward into development. Meanwhile, Scott is attached to direct his long-planned biker movie Hell’s Angels for the studio, as well as the remake of The Wild Bunch. Vet Scott still stays up to date on current events. Stay up to date too. [youtube]http://www.youtube.com/watch?v=iS4I2Z1RBIw[/youtube]