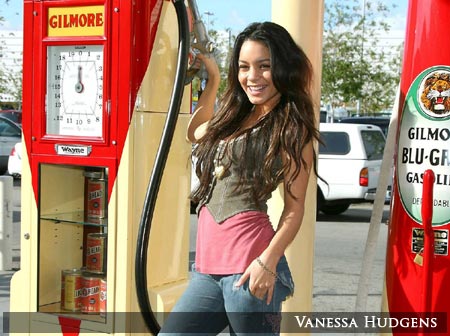 “Twilight” actress Ashley Greene revealed to MTV that “High School Musical 3: Senior Year” star Vanessa Hudgens has auditioned for the role of Leah Clearwater in the “Twilight” sequel “New Moon.” Greene also added another tidbit on the status of “New Moon” as well.

“I hear they’re doing another rewrite,” the actress revealed of the in-flux script. “I’m with you guys – I’m so excited to read it.”

In other “Twilight” news, the author behind the series of books, Stephenie Meyer, was the biggest selling writer in the US in 2008 selling a massive 15 million books over the year, according to data from Nielsen BookScan US for the year ended 28th December 2008. In total, Meyer had nine entries in the US top 50, with five different titles, racking up unit sales close to 15 million from the top 50 bestseller chart alone. Her most recent novel, “Breaking Dawn,” was the bestselling book of the year, selling 3,310,000 copies, followed closely by her debut novel, “Twilight,” with 3,175,000 copies. Update: 14. Jan 2009 Rumours that “High School Musical” star Vanessa Hudgens would be joining the ‘Twilight’ sequel, “New Moon”, are false. Now EW says that sources inside film studio Summit Entertainment and close to Hudgens said that the makers of the film were not looking at her for a role in the ‘Twilight’ follow-up. It says the only actors confirmed for the film are Kristen Stewart, Robert Pattinson and Taylor Lautner. “New Moon” is due to begin shooting shortly.
Continue Reading
Advertisement
You may also like...
Related Topics:New Moon, Stephenie Meyer, Vanessa Hudgens