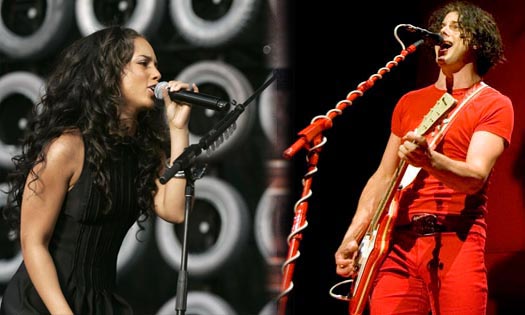 Despite months of rumors that Amy Winehouse would be the singing Bond Girl, it is multiplatinum-selling foxy Grammy-winner Alicia Keys who will team up with alternarocker Jack White (The White Stripes, The Raconteurs) to perform “Another Way To Die,” the theme for the 22nd James Bond movie, the “Quantum of Solace“, which hits theatres in November. “Another Way To Die” will be the first theme to feature a duet in James Bond history. The soundtrack to “Quantum of Solace” will be released by J Records on October 28, 2008.
Continue Reading
Advertisement
You may also like...
Related Topics:Quantum of Solace