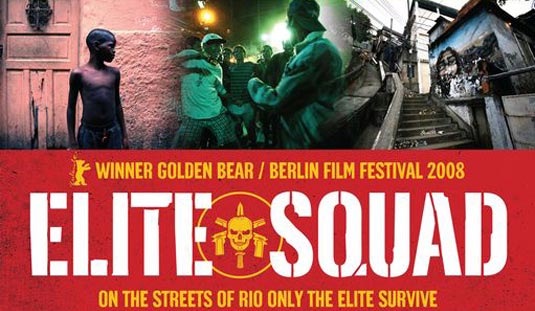 The new poster for José Padilha directed drama “The Elite Squad” (Tropa de Elite) has been released. The film won the Golden Bear award for the best movie at the 58th Berlin International Film Festival to the surprise of some critics who questioned the jury’s methods. “Elite Squad” looks at the shady workings of Rio’s Special Operations Police Battalion, faced an unsuccessful attempt by some officers to keep it out of theaters at the time of its release last year. It has since become a box-office hit in Brazil. It is not a documentary, but claims to tell the true stories of 12 former officers from the black-uniformed paramilitary unit whose very insignia – a dagger-impaled skull – strikes fear into residents of Rio’s shanty towns. Human rights groups have claimed the squad, which battles with armed drug gangs, fires indiscriminately. After receiving the Golden Bear, Padilha told The Hollywood Reporter that the award was

“for everybody who worked on this film and also for the Brazilian audience who elected this movie with their underground movement to watch it and pass it on. They are sending a clear message that they want the police corruption to stop. They want the violence to stop. This film won’t do that but I have hope they [sic] people in Brazil will do it.”

“The Elite Squad” is scheduled to hit US theaters on September 19th in limited release. 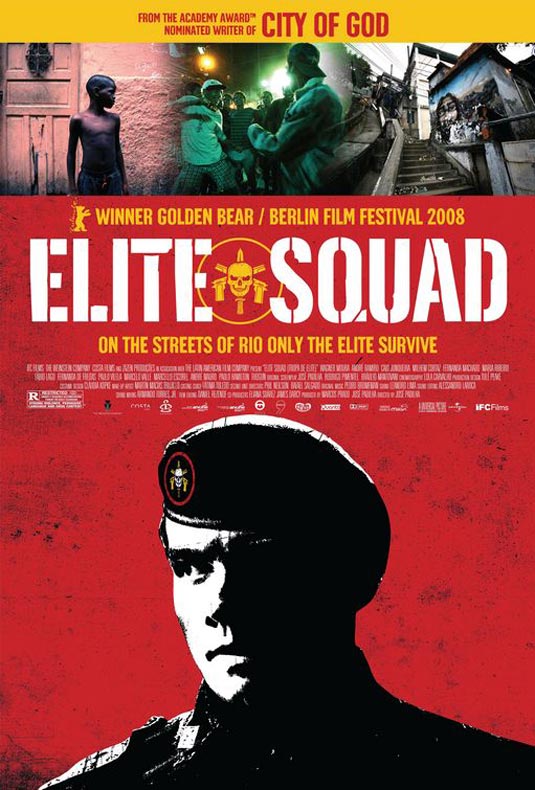