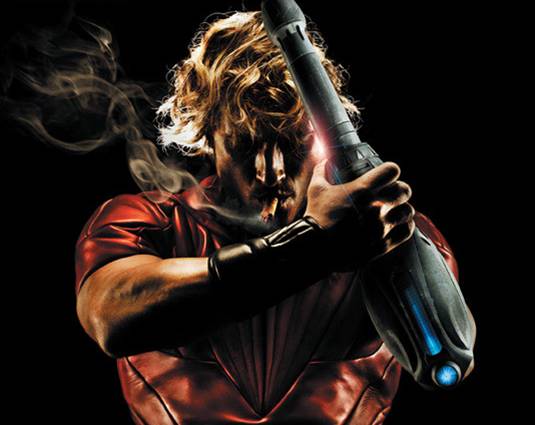 With director Alexandre Aja’s next project Cobra: The Space Pirate coming to theaters in 2013, fan Michael Paris has gone ahead to create a fan film teaser that’s inspired by the upcoming live-action adaptation of the popular cartoon, the old-school manga by Buichi Terasawa, which stars Johanna Genet. Cobra: The Space Pirate stars a rogue space pirate, a man who surgically alters his face and erases his memory to hide from his enemies (let’s go Total Recall!). Cobra later on starts to regain some of his memory back and teams up with his old partner Lady Armaroid. Together, they fly in his ship, Tortuga, to recover a hidden treasure on Mars. It’s going to be interesting to see the French filmmaker Aja (The Hills have Eyes, High Tension, Piranha 3D) take a crack at adapting the manga/anime into a live-action feature film. The helmer grew up on the Cobra anime when he was younger, which was popular back in the day. Aja is writing the script with his previous collaborator Gregory Levasseur, who will also produce. To Aja, who is currently shopping the project around, Cobra was every bit a seminal rogue as Han Solo or Indiana Jones. Check out the teaser made with a lot of love and respect for the original material. [youtube]http://www.youtube.com/watch?v=3oWDf1hw-Zc[/youtube]

Continue Reading
Advertisement
You may also like...
Related Topics:Alexandre Aja