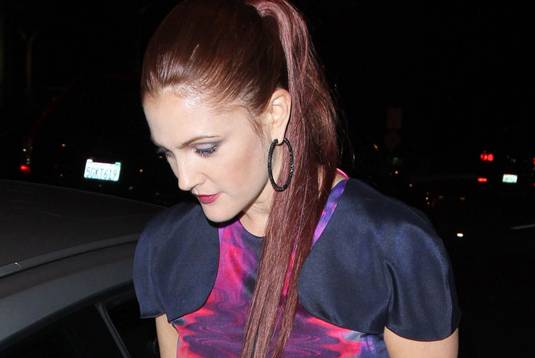 Well, it’s that time of year again when ‘Black List,’ which is the compilation of most popular unproduced scripts, doing the rounds in Hollywood. Agents, independent producers, studio executives and the like have been intensely enthusiastic about  the last 12 months. However, one script has just scored a talented director like Drew Barrymore to helm When the Street Lights Go On. Coming-of-age suburban murder mystery set in 1983 is written by newcomers Eddie O’Keefe and Chris Hutton. The script takes a page from Stand by Me or The Sandlot, following a teenage boy named Charlie who is stumbling across the bodies of a Chrissy Monroe, 17-year-old beauty and Mr. Pulaski, the English teacher she was having an affair with. Charlie’s narration about the murders and the Monroes focuses on two suspected classmates, Chrissy’s jock boyfriend Ben and a legendary bad boy named Casper Tatum, and how all three fell for Chrissy’s younger sister Becky. Yes, Charlie fancies himself something of a filmmaker with his Super 8 camera. But it’s still uncertain if Imagine will definitely take on the film portion of the project. Barrymore who topped Forbes’ ‘Most Overpaid Stars’ list this year has a lot of others – she is reportedly involved with  New Line’s How to Be Single based on Liz Tuccillo’s novel. Right now, the script will simply get added to her growing pile of possibilities. Going the Distance star is also attached to Heist Society from Whip It’s Shauna Cross. Furthermore, bi-talented Barrymore has been cast opposite John Krasinski in Ken Kwapis’s Big Miracle, based on the 1989 novel ‘Freeing the Whales’. Only time will show the truth. Stay tuned. [youtube]http://www.youtube.com/watch?v=1HGDx2cAdMo[/youtube]

Continue Reading
Advertisement
You may also like...
Related Topics:Drew Barrymore