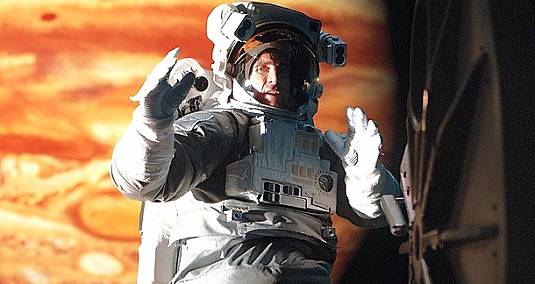 Europa Report, make sure you remember this title ’cause Sebastian Cordero‘s upcoming found footage sci-fi thriller definitely looks promising. Fear, sacrifice, contact – all included in the first teaser trailer, an official poster, some great images and concept art from a movie which is set to hit limited theaters this August! Take a look & let us know what you think…

Cordero directed the movie from a script written by Philip Gelatt, which follows a contemporary mission to Jupiter’s moon Europa, to investigate the possible existence of alien life within our solar system.

Europa Report has quite interesting cast on board which includes Sharlto Copley, Michael Nyqvist, Daniel Wu, Anamaria Marinca, Christian Camargo and Karolina Wydra, and the movie is set to hit limited theaters on August 2nd, 2013. (On Demand on June 27th, 2013.)

A unique blend of documentary, alternative history and science fiction thriller, the movie follows a contemporary mission to Jupiter’s moon Europa, to investigate the possible existence of alien life within our solar system. Developed in close collaboration with NASA, JPL, SpaceX and other leaders in the scientific community, the film imagines the next step in manned space exploration and is based on recent scientific discoveries and theories.

Make sure you click on all these images and poster for a better look, and stay tuned for more updates!