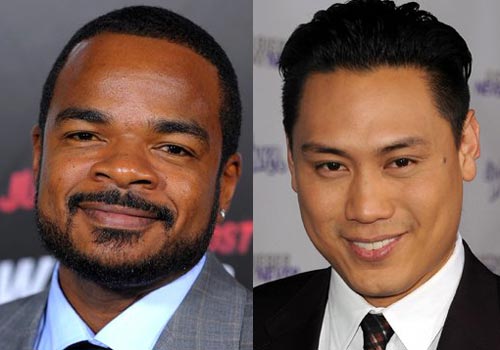 F. Gary Gray is best known for directing 2009 Law Abiding Citizen. Jon Chu is probably best known as a director of that 3D documentary Justin Bieber: Never Say Never. So what do they have in common? Well, guess what, both of them are the top candidates to direct G. I. Joe: The Rise of Cobra follow-up, (at this moment still) Untitled G.I.Joe Sequel! It looks that guys from Paramount are aiming at a summer 2012 release for the sequel that is being penned by Rhett Reese and Paul Wernick (the duo behind the Zombieland), and that basically means that a director is quite necessary at the moment. According to the latest reports, producer Lorenzo di Bonaventura has recently met with several directors, including F. Gary Gray and Jon Chu, and Paramount will continue talks this week. Unfortunately, no story details have been revealed yet, although it’s already known that Byung-hun Leewill reprise his role of Storm Shadow for the sequel. We’ll keep an eye on G.I.Joe, stay tuned!
Continue Reading
Advertisement
You may also like...
Related Topics:F. Gary Gray, G.I. Joe 2, jon chu

Ice Age Director to Adapt The Story of Ferdinand
Colin Firth to Join Carey Mulligan for My Fair Lady?
Advertisement