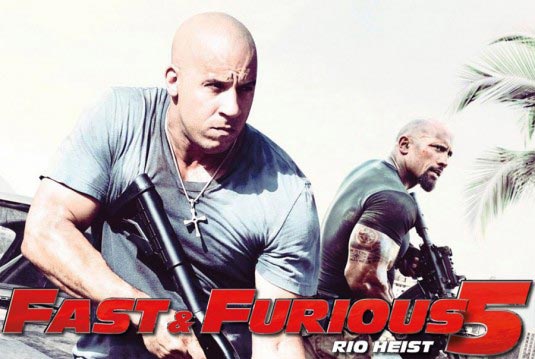 I remember back in 2010 we were all infected with Avatar, so quite logical – it was the most pirated film of the year (and by the way – it’s still the top-pirated film, downloaded 16.6 million times!).

But now, when 2011 is over, it’s time to see who is our lucky pirate-pic winner for this year. Believe it or not, it’s Fast Five, or if you prefer – the fifth installment in the Fast and the Furious franchise!

So, according to the latest reports, this movie was downloaded 9.2 million times! Just for a record, we have The Hangover II on the second place with 8,8 million downloads, then Thor with 8.3 million downloads, Source Code with 7.9 million and I Am Number Four with 7.6m downloads.

In case you’re still confused with some of these titles – let me just tell you I share your confusion.

For example, Pirates of the Caribbean: On Stranger Tides and Transformers: Dark of the Moon are not included in this list although they’re definitely top grossing movies of 2011. Also, hugely popular at the box office – Harry Potter and the Deathly Hallows Part 2 managed to get the tenth place on the above mentioned list.

Continue Reading
Advertisement
You may also like...
Related Topics:Fast and Furious 5, Source Code, The Hangover 2, thor