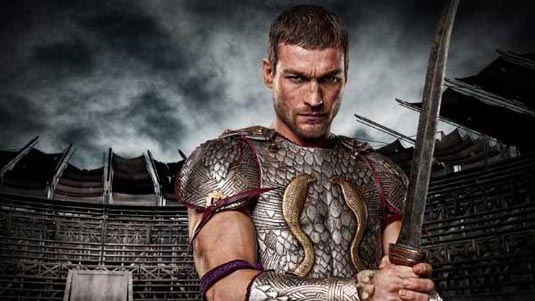 I just came across this piece of news and I simply had to share it with you. Hopefuly it will stir the humanist in you and make you donate as much as you can afford to the cause. The thing is, documentarian Lilibet Foster is calling on fans of late actor Andy Whitfield to help her fund a new film about the actor’s battle with cancer. You may remember him better as the glorious Spartacus from the titular awesome series (though with too much adult content for my taste, but hey, it was ROMANS they presented so… no surprises here). The Spartacus: Blood and Sand star lost his battle with non-Hodgkin’s lymphoma last year, aged 39, and he invited Foster to chronicle his battle with the disease. There is also a clip from it which I found, believe it or not, on 9gag, being introduced by his friend and colleague, Jai Courtney: [youtube]http://youtu.be/wE_Y5brW-ZE[/youtube] But the filmmaker and her producers have run out of cash and they’re asking Whitfield’s fans to donate to the project via funding website Kickstarter.com so they can complete Be Here Now. A statement from Foster and her crew reads: “Be Here Now transcends the subject of cancer and becomes a universal life-lesson about living fearlessly, going for your dreams, embracing each moment and living in the present – despite the potential outcome.” So there you have it, fans, in memory of Andy Whitfield, please, at least pay a visit to the site and maybe help others who are still fighting this sad, terrible battle. By helping others, we can make this world a better place. Source: IMDb
Continue Reading
Advertisement
You may also like...
Related Topics:Jai Courtney, Spartacus: Blood and Sand