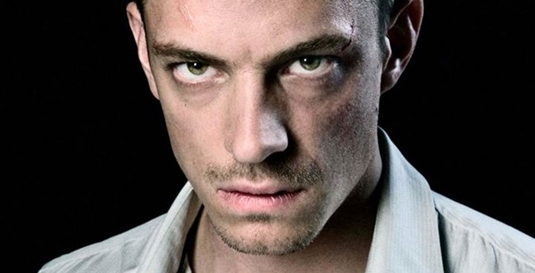 The past few months have seen the upcoming RoboCop reboot on a crisis merry-go-round, with news of recall after recall, from Michael Fassbender to Russell Crowe. Now it appears we know who will put on the metal suit. No other than Joel Kinnaman who went on to the US version of The Killing, and support roles in The Darkest Hour, The Girl With The Dragon Tattoo and Safe House. I’d rather not have any prejudice as Deadline reports MGM has made an offer to him to take the lead role Peter Weller played in the original 1987 film. With Jose Padilha on board to direct a script from Josh Zetumer, being rewritten by Gran Torino scribe Nick Schenk, Kinnaman would be the first major casting for the reboot. Reportedly, Padilha will rather focus on his own take, which takes a more cerebral approach to the Robocop character than Paul Verhoeven’s original. If Swedish thesp sign on to RoboCop he easily might have to drop out of the WB’s big budget fantasy pic in which he should be playing Lancelot. Anyway, the studio recently put David Dobkin’s Arthur And Lancelot on hold to address budget concerns and the film has most likely already lost its Arthur, Kit Harington as he’s now in final negotiations to join the cast of The Seventh Son. Stay tuned for more information and updates to the schedule. [youtube]http://www.youtube.com/watch?v=xmTZTwvUN28[/youtube]

Cancel reply
Christian Bale in Talks to Star in OUT OF THE FURNACE
RUSH: Behind the Scenes Production Photos
Advertisement