Drew Goddard, writer-producer of Alias, Lost, and director of The Cabin in the Woods has entered talks to pen the upcoming ‘Daredevil‘ television series for Marvel, Disney and Netflix. Hot on the heels of ‘Agents of S.H.I.E.L.D.’ on ABC, Marvel announced that it was teaming up with Netflix to develop four live-action series that includes ‘Daredevil‘, ‘Jessica Jones‘, ‘Iron Fist‘, and ‘Luke Cage‘ shows. The 13-episode Netflix series based on Marvel’s blind superhero Daredevil will be the first of the four to go into production and likely onto the VOD service. The other three Netflix shows will also consist of 13 episodes and lead into The Defenders mini-series. There is still the possibility that these heroes may get their own movies as well, depending on how popular each show is on Netflix, set to debut beginning in 2015. We’ll have to wait and see how successful Marvel’s transition into Netflix series goes. The new project is expected to follow lawyer-turned-superhero Matt Murdock after being blinded at a young age when a radioactive isotope struck him in the face while other senses were boosted to superhuman levels. Goddard who also co-wrote the zombie blockbuster World War Z is a lifelong Daredevil fan, which he revealed in a recent interview:

You’re talking to a guy who had quotes from Daredevil painted on his wall while growing up. Even when I was 18, I still had the blood red door with the, ‘I have shown him that a man without hope is a man without fear.’ That was what I loved and so it’s the sort of thing that if we can find the right project, I would love to do it.

Meanwhile, Melissa Rosenberg (Dexter, Twilight) will write and produce the ‘Jessica Jones‘ series for Netflix too. 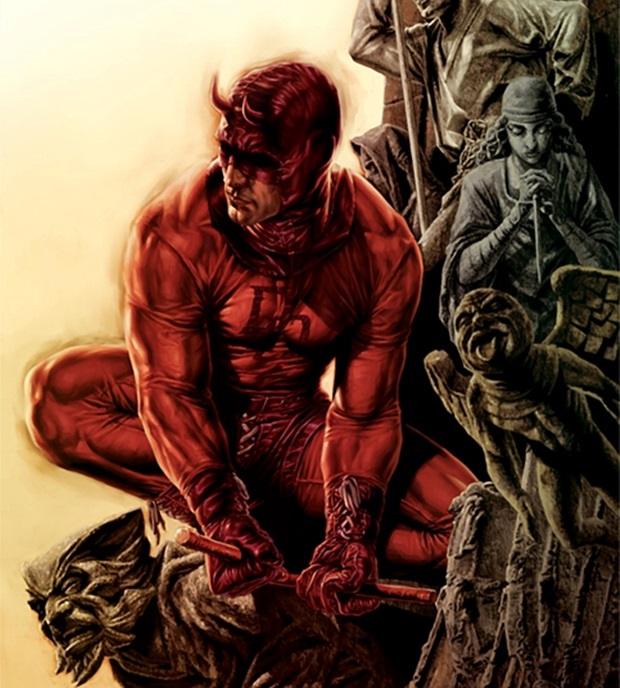 Continue Reading
Advertisement
You may also like...
Related Topics:Daredevil, XNEWS