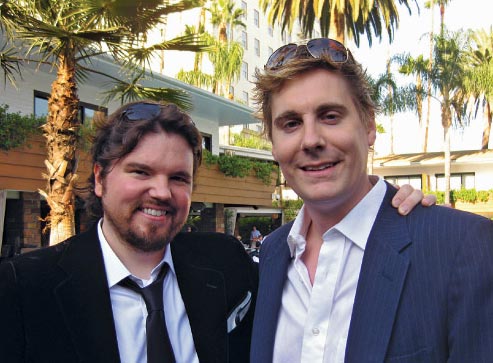 So, we already know that Universal Studio has some serious plans with that adaptation of the video game God of War. We also had a chance to hear that some seriously good team will be behind the whole thing, like previously rumored Brett Ratner, for example. Ratner is now off, but who cares when we have Pacific Rim writers Patrick Melton and Marcus Dunstan on board to do a rewrite! At this moment, Melton’s and Dunstan’s involvement in God of War definitely sounds great. Just in case you’re not so familiar with their work, I will remind you that they’re the duo behind the last four Saw movies, as well as that Piranha 3DD project and 2009’s movie The Collector. God of War was created by David Jaffe and Shannon Studstill, and the game, released in 2005, centered on the battles of the Spartan warrior Kratos, who squares off against mythological beasts including Medusa, Cyclops and the Hydra in his quest to find Pandora’s Box and destroy Ares, the god of war. Charles Roven and Alex Gartner are on board to produce the project via Atlas Entertainment, while David Self, who wrote the initial draft, is exec producing. Guess we’ll now just have to wait to hear who will be behind the camera. Stay tuned for more updates!
Continue Reading
Advertisement
You may also like...
Related Topics:Marcus Dunstan, Patrick Melton