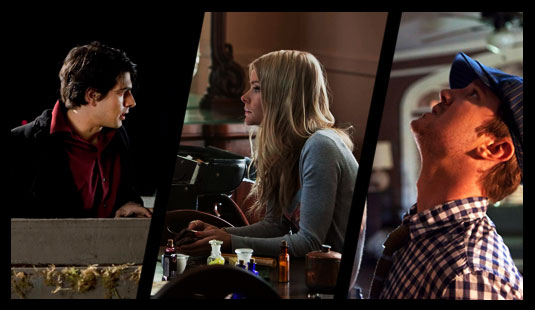 Brandon Routh as Dylan Dog and Sam Huntington as Marcus Brandon Routh stars as hesitant paranormal detective Dylan Dog, who finds himself in a struggle between and among the undead, and Sam Huntington, Dylan’s  trusted assistant. Also co-starring are Taye Diggs as Vargas, head of the Vampire family, Anita Briem as Elizabeth, another would-be in the long line of Dylan defeats and Peter Stormare as Wolfgang, the head of the werewolf family. “Dead of Night” is based on the world’s best-selling horror comic series, “Dylan Dog,” created by Tiziano Sclavi and published by Italy’s Sergio Bonelli Editore. The comic book series has sold over 56 million units in 17 languages since its debut in 1986. Dylan Dog: Dead of Night opens April 29th, 2011. Source: Collider