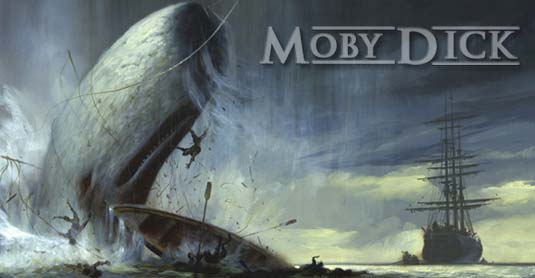 According to the report from Variety, Universal Pictures has decided to produce a big budget reimagiging of Herman Melville’s classic literary tale Moby Dick with “Wanted” director Timur Bekmambetov to work from a screenplay being written by Adam Cooper and Bill Collage (both of New York Minute and Accepted previously) for “a high six figures.”

The writers revere Melville’s original text, but their graphic novel-style version will change the structure. Gone is the first-person narration by the young seaman Ishmael, who observes how Ahab’s obsession with killing the great white whale overwhelms his good judgment as captain.

This change will allow them to depict the whale’s decimation of other ships prior to its encounter with Ahab’s Pequod, and Ahab will be depicted more as a charismatic leader than a brooding obsessive.

“Our vision isn’t your grandfather’s ‘Moby Dick’ ” This is an opportunity to take a timeless classic and capitalize on the advances in visual effects to tell what at its core is an action-adventure revenge story.”

For Timur Bekmambetov, this is now one of two major U.S. projects in development at Universal, the other being the inevitable sequel to the summer sleeper hit starring James McAvoy and Angelina Jolie – Wanted. He is also working on producing a slate of “modestly budgeted Russian-language films for Universal’s offshore distribution operations.”