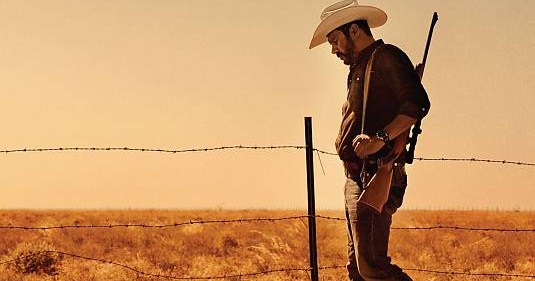 A brutal crime. A rookie cop. Slow-burn Outback murder-mystery. That’s exactly what Ivan Sen‘s upcoming Mystery Road is all about. Described as a mesmerising thriller with a stellar Australian cast, the opening-night film of the 60th Sydney Film Festival definitely looks promising. Head inside to find the first trailer & poster for the movie and let us know what you think! Written and directed by Sen, the movie follows detective named Jay Swan who returns home to an outback town to solve the murder of a teenage girl, whose body is found under the trucking route highway out of town. Or, if you prefer the official synopsis:

Indigenous detective Jay Swan returns to his remote hometown and his first case is the murder of a teenage girl. Having spent a considerable amount of time in the big city, when Jay returns he is alienated from both the police force and his community, including his own daughter. Though thwarted in his investigations by a lack of cooperation from the locals, and a lack of interest from his fellow cops, Jay gradually unravels a complex crime web.

As we said at the beginning of this report, the movie has an awesome cast on board which includes Aaron Pedersen as Jay Swan, Hugo Weaving, Ryan Kwanten, Jack Thompson, Tasma Walton, Damian Walshe-Howling and Samara Weaving. Arclight Films sold US distribution rights to Mystery Road to Well Go USA, with plans for an early 2014 release. Click on the poster to take a better look & stay tuned for more updates!