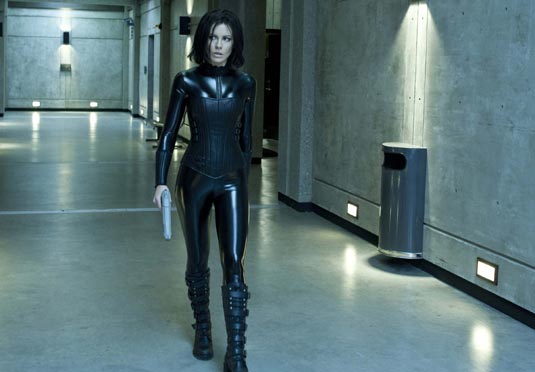 New clip for the upcoming Underworld Awakening movie is here! No wonder, because this movie is set to open on January 20th, 2012. And of course, it will open in 3D, 2D and IMAX 3D theaters, because… well, it’s the first film in the Underworld franchise shot in 3D. Ok, now when we know everything important about this movie, let’s see how Kate Beckinsale deals with bad guys! Directed by Måns Mårlind and Björn Stein, Underworld Awakening follows Beckinsale as the well-known vampire warrioress Selene, who escapes imprisonment to find herself in a world where humans have discovered the existence of both Vampire and Lycan clans, and are conducting an all-out war to eradicate both immortal species. Well, one thing is for sure – Beckinsale looks stunning in that black suit. I will buy the damn ticket!
More Underworld Awakening Videos
Continue Reading
Advertisement
You may also like...
Related Topics:Björn Stein, Kate Beckinsale, Måns Mårlind, Underworld Awakening