Connect with us
The trailer for Catherine Hardwicke‘s teen vampire film Twilight is on target to break the record for the most watched internet trailer. 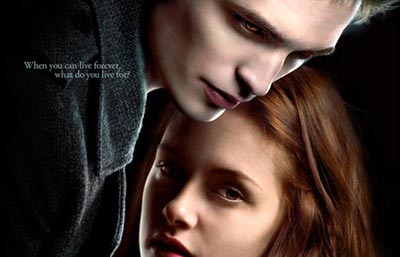 Indiana Jones and the Kingdom of the Crystal Skull currently holds the record after amassing 4.1 million views in a week when its trailer was released online in March. After debuting on MySpace on Monday, the trailer for Twilight was watched more than 2 million times over a three-day period. An adaptation of Stephanie Meyer‘s young adult novel, Twilight focuses on a teenage girl who falls in love with a vampire. The novels have sold more than 6 million copies in the US. A recent Time Magazine profile dubbed Meyer the “new J.K. Rowling”. Twilight is scheduled for release in December.
Continue Reading
Advertisement
You may also like...
Related Topics:Indiana Jones 4, twilight