Paul Walker looking good as a young father fighting to keep his newborn daughter alive in the aftermath of Hurricane Katrina. In other words – we finally have the first trailer for Eric Heisserer’s upcoming drama titled Hours, and we definitely recommend you to check it out! Why? Well, maybe because it looks like a pretty intense story and because there are moments in life when who we are is defined by what we do… Written and directed by Eric Heisserer, this action drama takes place during the assault of Hurricane Katrina in 2005. It stars Paul Walker as Nolan and Genesis Rodriguez as Abigail – a couple who have just had a baby who is clinging to life on a ventilator. [youtube]http://www.youtube.com/watch?v=fM78CUp451Q[/youtube] But, Abigail dies and Nolan is left behind to look after his premature newborn daughter abandoned in a New Orleans hospital during landfall of Hurricane Katrina. Beside Walker and Rodriguez, Hours cast also includes Judd Lormand, Nick Gomez and Kerry Cahill. Unfortunately, the movie is without an official release date at this moment, but as usual – with every new update, we’ll be back, so stay tuned! 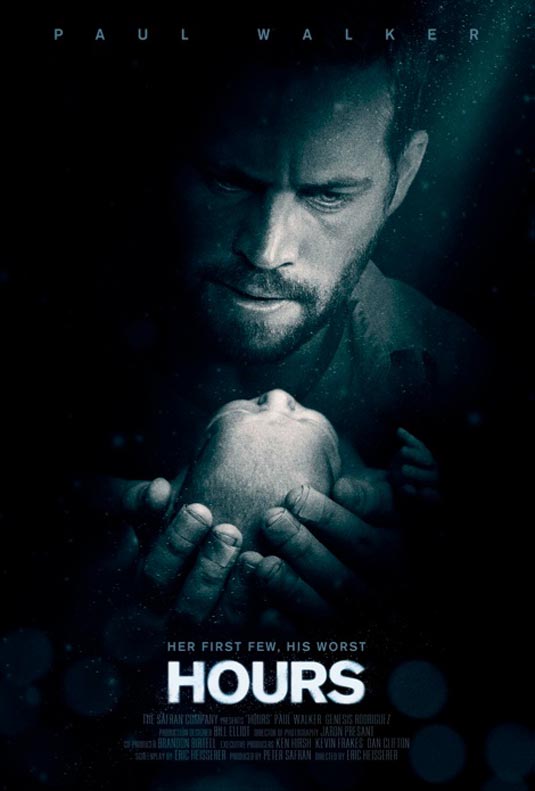