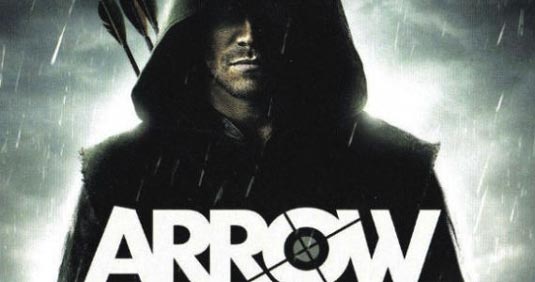 On this Wednesday’s episode of Arrow, called “Vertigo”, the superhero series introduces a major new adversary for Oliver Queen with Seth Gabel’s titular, drug dealing villain becoming the latest target in the superhero’s quest to clean up Starling City. And in Episode 13, “Betrayal,” Slade Wilson, the man behind Deathstroke’s orange and black mask, will finally be revealed. Since the physically imposing threat during the island flashbacks has been kept hidden behind the mask while fighting and/or torturing Ollie on Lian Yu, The CW had been using a skilled fighter instead of a ‘name’ actor to fulfill the duties but now that his face will grace the small screen and he must remain an intimidating force, the network has brought in Manu Bennett who plays the undefeated gladiator Crixus in Starz Spartacus series. Yep, he should be able to hold his own (and more) against the still untrained Stephen Amell but if they should encounter each other in the present, well, that’s an exciting proposition (and one that I wouldn’t mind seeing at all. With flashing six-packs, if possible, heheh). Ahem. Here’s the first few looks at Bennett as Wilson, thanks to The Huffington Post. Enjoy! 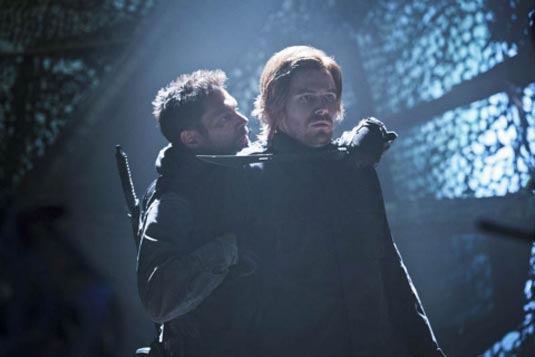