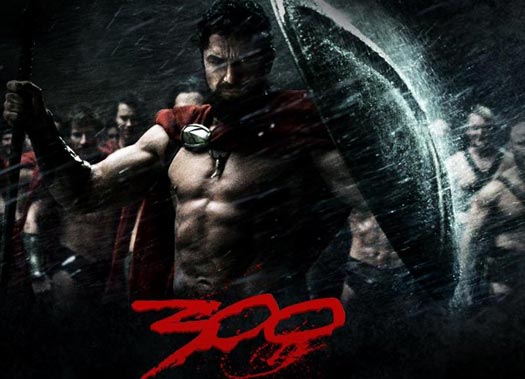 The folks over at Collider got the chance to speak to producers Mark Canton, Gianni Nunnari and Bernie Goldmann during the Saturn Awards, finding out that the trio are working on a new Greek mythology film and a possible “300” prequel.

Canton and Nunnari were having too good of a time to get any solid answers from them, but the site learned that their new movie is “War of Gods,” which is another Greek mythology epic. Two writers already wrote the script, which director Tarsem Singh (The Fall, The Cell) read and agreed to make. They are expecting to begin filming in the first quarter of 2009.

Meanwhile, Mark Canton, Gianni Nunnari and Bernie Goldmann, who were interviewed revealed that they are talking to Zack Snyder and Frank Miller himself about the “300” prequel. Frank will most probably write it up, which is pretty good too – the last thing I’d want is a “300” sequel/prequel that appears to be nothing more than a money-milking scheme with a crappy storyline. Then again, “300” wasn’t known for its storyline either.

Lastly, “300” itself will be converted to the Blu-ray format, which means that we will see killer high-definition Spartan action! Can’t wait for it!

Continue Reading
Advertisement
You may also like...
Related Topics:300, War of Gods